Pimsleur French: the Maserati of aural/oral language programs, or just the Cadillac? 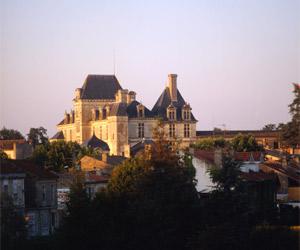 Why does everyone say that Pimsleur Language programs are the best? Is it true? Do they beat Michel Thomas or Berlitz, with their metaphorical hands tied behind their metaphorical backs? Having recently completed Pimsleur French l, I can attest to its many strengths and a few weaknesses.

I studied French at University for two years, so I have some foundational knowledge. But it has been a few decades since then and an upcoming family trip to la France motivated a language review.  After researching and sampling several audio programs, Pimsleur was chosen for its depth, reputation and the fact that it is entirely audio; my emphasis was conversational French.

Initially, I wondered how someone would fare who had no prior French knowledge, since the program seems to move quickly. (Two friends who completed level l of the Japanese and Russian programs stated that they still remembered several phrases after many years – the high level of repetition does reach long-term memory.) Each lesson has a similar structure:

The English explanations are brief; careful attention is necessary to not miss points. The speakers’ accents are excellent and alternate between male and female voices, something I like. Although I don’t recommend it, I have jumped into Level lV, (because I wanted the cultural content contained in that level) and the structure is the same as Level l, with longer conversations and several verb tenses.

Pimsleur recommends one lesson a day. They each take about half an hour. I often did two a day at the first level, but if this is all new material, I recommend sticking with one lesson until at least 80% proficiency is reached, which is their recommendation also.

The main weakness of Pimsleur French l is that a rather small number of vocabulary words are introduced. What you hear in this program, you will remember, which is a good thing. But I believe it would be wise to also buy a set of flash cards or look online for some good wordlists and make your own to study from.  If you are merely interested in conversational French, I believe the four levels of Pimsleur will provide an excellent foundation. For a more thorough grounding in the language, add a language coursebook to help make sense of what you are learning and organize the grammar more systematically. ( Easy French Step-by-Step is a good complement.)

A final comment: if you are looking for some “survivial” French skills, I do recommend the Conversational French audio program by Pimsleur. It is the first sixteen lessons of Level l and can be found inexpensively online if you look around. It will provide the basic, introductory speaking skills to enjoy your first trip to France, as you courteously say, “Bonjour, parlez-vous anglais?” in a lovely French accent!

Overall, I place Pimsleur French l in the “Cadillac” category of audio language programs; perhaps the “Maserati” has not been developed yet.