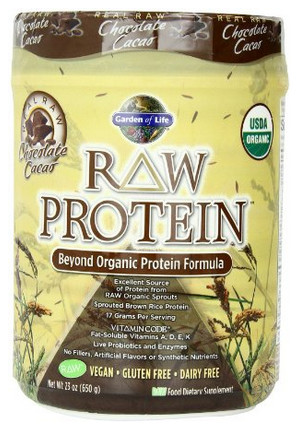 When I first starting going to CrossFit So ILL, I didn’t really have much protein. I always felt starved after I worked out and would stuff in a lot of food, mostly fruits and vegetables and peanut butter. I could bulge my stomach with this sort of food and never really feel satisfied, like there was something missing that my muscles really needed.

Do you know what I was missing? Yes, we all know you just needed protein.

Ok, fine.  It was protein that I needed.  When you finish working out, the best things to have right away are some carbs and some protein.  I had plenty of carbs in the fruit, but the peanut butter was not enough.

Nobody here is surprised about that.

Yes, but some of the people here are vegans, and they have a hard time getting protein and often fall back on nuts.

Oh yes, but you should care, because it’s also important to have fast-digestable protein right after you work out, which meat is not.  Milk is, but it also has fat that slows down absorption.  Really, you should just have a bunch of carbs to spike your metabolism and a bunch of protein for your metabolism to eat.  You could have skim milk, but then you get a bunch of hormones and it sort of makes you feel sick to have very much.

Yeah, that’s true.  Well, I can have whey protein powder.

Yes, whey is the typical choice, and it works.  But let me ask you something: when you drink whey protein, does it give you energy and make you more alert?

Not really.  Sometimes it makes me feel a little sick even.

Well, did you know that when I drink Garden of Life Raw Protein, I am filled with energy?  It deeply satisfies my protein requirements, as does whey powder, but also contains many raw plant nutrients.  Whey protein powder is made of milk that has been sitting around, and then they pull off the whey and dehydrate it.  G-o-L’s Raw Protein is made of a plethora of sprouted grains and seeds.  It’s sort of like drinking a salad and a protein shake at the same time.

Oh, it’s made of plant protein.  Well, I like whey because it’s bioavailability is so high, which means my body can utilize almost all of the protein.  Plant protein is never as good.

My friend, it’s true that any plant protein by itself is not so good, i.e. the bioavailability of pea protein is 65, whereas whey is 104, which means of 20 grams of pea protein, only about 13 grams will actually be utilized.  But proteins are made of varying amino acids, and if you mix different plants together, you can get a more complete profile.  Garden of Life’s Raw Protein powder has a 98 bioavailability score.  That’s pretty close to whey, but without the drag, and with all the perky raw plant nutrients instead.

Wow.  I, who once was your greatest critic, am now your most ardent supporter.  Tell me more; I have my credit card ready, and want to order.

Of course!  It’s easy to order through Amazon, but you’ll have to decide between four flavors: Chocolate, Vanilla, Spiced Chai, and Unflavored.  Chocolate is by far the tastiest.  Vanilla is pretty good, and has real raw vanilla.  Spiced Chai is sort of gross right after a hard workout, and Unflavored is always nasty, but if endured might build up your tolerance to wretching.  The prices between flavors are always fluctuating on Amazon, so check back every day and get some when your flavor is on cheap: Garden of Life Raw Protein.