The North Face Surge II Review: the Backpack I Wish I Always Had

I know that oftentimes it can be difficult to bear the load of listening to the problems of another person’s life.  Sometimes a person who you don’t even know will begin to tell you a story about themselves, a person you don’t even care about or want to pretend to care about.  I know it can be burdensome, and yet I hope you will carry this metaphorical burden one more time, so that I can direct you to what will help you to carry many physical burdens later. 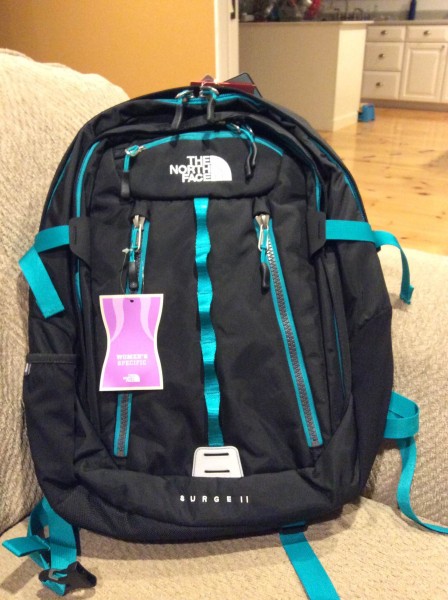 The Surge II would have prevented all my problems.

I was once a young boy with a young and healthy back.  It was straight and held my head up true, like a statue’s.  I lived life upright, like every other homosapien around me.  But then, in my elder years, when the digits of my age become two, I was given the task of transporting text-books from home to a building where myself and other children sat at desks and either listened or spoke, read or wrote, all day long, until we had to lug the text-books back from the building to our homes.

To perform this arduous feat I was given a nylon pack with two straps, each which I put over a shoulder.  The pack itself rested on my back.  For this reason, it was called a “back-pack” by those of my country.  Children would wear around these back-packs; each had their own, and some were better than others.

Mine… Oh, how I hate to remember, and how my hands hate to type into words the momentous events of this story, whose ends, now so blatantly shown tied to its beginnings, will bring naught but shame on my mother, who directed me and purchased my apparel, though her actions were small and not abnormal from the culture.  My “back-pack” only had two shoulder straps.  Its load would slip down into the lumbar of my back; it’s shoulder straps would rotate backwards–to counter, my shoulders would rotate forward.  One time, two times, maybe even thirty times of carrying a load like this might not permanently mold the shape of my shoulders, but thousands of times caused my adaptive little body to be forever sculpted into a round-shouldered inferior-back-pack carrier.

And now, hunched up over my keyboard, virtually gasping for air through the lungs constrained within my collapsed rib-cage, I write to you, I ring the bell of Notre Dame for you, to tell you it is time for you to get a high quality backpack, and I even know which one you should buy.

The North Face is not just a brand for people who want to be cool; it’s a brand for people who actually are cool.  Cool people don’t just buy worthless products; it’s not just a ponzi scheme of valueless items that eventually collapse when people stop believing they are “cool”.  Cool people buy products that have real features that can be seen, touched, and explained, to make others think the cool person has made a good choice.  Are you a cool person?

Taking the “Back” out of BackPack 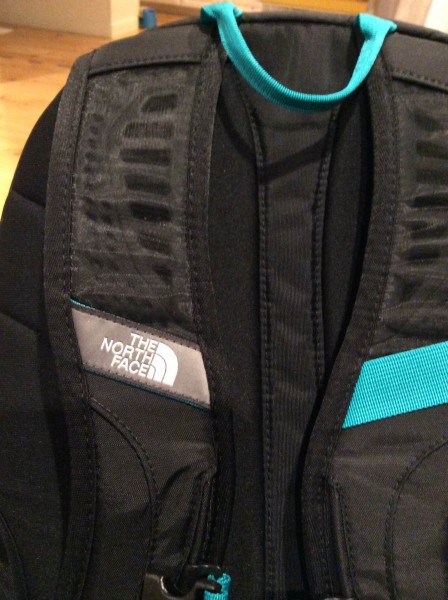 Like most modern backpacks, the Surge II, besides having two shoulder straps, also has waist straps.  The simple addition of these straps prevents the pack from sliding down when heavy, which means you can and will stand up straight and won’t end up like me.  The straps themselves are extremely thick. But if they are thick, I will get too sweaty. No! You won’t get sweaty, because the Surge II’s straps have air vents, as you can see in the picture to the right:

Besides that, the Surge II’s women’s model has straps that are curved in such a way that they actually accentuate and enhance the appearance of that which most distinguishes a woman from a man in public.  In addition, the plastic buckler through which the shoulder straps are interleaved also doubles as a whistle, through which, when blown, one may emit a grating and loud pitch, the like of which will scare away any unwanted males, including that nerdy stuttering boy who is trying to get you to like him (can’t he see the “The North Face” logo on your backpack?).

It’s obvious that you can take the Surge II right up the face of a mountain.  Achieving such altitudes with a backpack is no new thing.  But can you safely reach lofty altitudes of Tech with this backpack?  Yes, I am pleased to say that this backpack is useful even in extremely High Tech environments.  For instance, there is a special pocket that is padded with rigid foam on one side made specifically for storing a laptop.  Not enough for you? Are you one of those people who bought a tablet to replace your laptop and you realized that you actually do need your laptop, but you still want to carry your tablet around, too, so that you don’t feel like you wasted your money?  I’m not, because I bought a Lenovo Yoga instead, but if you are, then you’ll be happy to hear there is a water-resistant neoprene tablet pocket in addition to the laptop pocket.

Some people just cling to the traditions of their forefathers.  They keep the same laws, hold the same views, and keep using pencils, pens, and calculators.  If you are one of those people, you’ll be happy to know there is a fine traditional set of pockets that will hold all your archaic instruments of pedagogy.

There’s also a water-bottle pocket on the side, double pocket things on the front, a padded sunglasses pocket on the top, and several other pockets whose functions are not specified.  There are so many pockets you could have a decent Easter egg hunt entirely inside your pack! 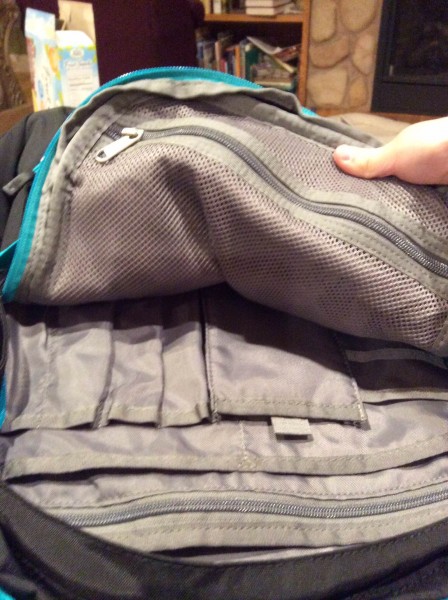 What should I do?

If you don’t have a The North Face backpack yet then you probably are the sort of person who is confused about life and lets other people’s opinions turn you around and around.  If so, then let me be the last person to do so: buy a The North Face Surge II backpack.  Become one of us.  Be cool and start standing straight and true, looking other people in the eyes, even when you’re carrying the weighty knowledge of academia.

If you already have a The North Face backpack, then you already know their great quality.  You’re cool and you’re your own person; in control, steady; you’ll know what to do and whether or not you need to upgrade to the Surge II.  Stay cool, man, and stay on the north face. 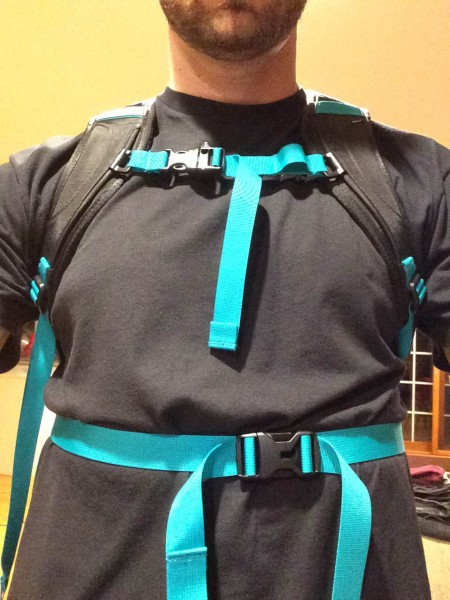 If I were a woman, I’d be looking really good with these form-fitting women’s Surge II straps.